EuroMillions Superdraws are special event draws that pay out jumbo jackpots without needing a rollover to build up. Find out when the next one will be right here.

The next SuperDraw for EuroMillions has been announced. It will be on Friday 25th September 2020. This draw will have a Jackpot of €130 Million. 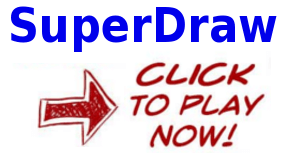 What Is The ‘SuperDraw’?

It’s an occasional special event draw where those nice folks at EuroMillions guarantee the jackpot will be a certain amount – normally €130 Million (which is about £110 Million). It’s in Euros because that’s what currency most of the 9 countries playing the game actually use.

They also sometimes refer to these draws as a ‘Jackpot Event’.

Threre’s no fixed time as to when these draws occur, as they are a promotional tool for the lottery companies. So they use them to boost up interest in the game when things are a bit quiet. Which is great for us as it means we get some more big jackpots even when the rollovers are not so big.

There’s usually a couple of these SuperDraw events per year (previous EuroMillions SuperDraw dates), but it can also depend on what else is going on in the world – big events like the Olympics for example can generate extra special draws (also depends who is hosting of course!).

What Happens If Nobody Wins It?

Don’t worry, it won’t disappear, they simply roll over the jackpot to the next draw just as they normally would. So it continues to grow either until somebody wins it, or it reaches the jackpot cap (read more about that in our EuroMillions FAQ).

So if you don’t win this time, stick with it 🙂

Where Does The Money Come From?

EuroMillions actually put aside a small portion of the ticket money specifically to create these special promotional draws. So it doesn’t actually cost them anything, it’s just prize money that would have made the regular jackpots a little bit bigger for the rest of the year.

Should I Play A SuperDraw?

Why not!? Your chances of winning it are just as good as any other draw. But the jackpot is far bigger. Sounds like a good draw to play to me – and in particular a good draw for a lottery syndicate. After all, syndicates do boost up your chances of winning – and with a huge jackpot like this, sharing is not a problem (unless you’re seriously greedy)!

Are My Chances Of Winning Worse For These Big Draws?

No, they really aren’t. Some people seem to think that because more people will play these big jackpot draw that it reduces your chances of winning. That’s not true. The number of people playing does not change the odds.

So your chances of winning on a SuperDraw are exactly the same as any other EuroMillions draw. What does make a difference is how many tickets you buy (which is why syndicates are useful).

When Will The Next EuroMillions SuperDraw Be?

These special big draws are not all scheduled in advance. They are announced when EuroMillions want to boost publicity for the game. So it could happen when there hasn’t been a big rollover in a long time, when ticket sales have been a bit low or to tie in with another special event. If a SuperDraw has been announced you find details of the next one here.

What Are Millionaire Maker Special Draws?

Millionaire Maker is the UK add-on game that creates one new millionaire each draw (what used to be called the Millionaire Raffle). It’s a guaranteed winner each time as each UK EuroMillions entry played is one ‘raffle’ entry – and one of those entries will win.

From time to time (when Camelot feel the need for a promotional boost) there are also special draws for Millionaire Maker. These boost up the number of millionaires drawn for that special draw only. So these are also particularly good draws to play in!

Like this page? Please help others by sharing. Thanks in advance :-)